The agreements of the newly formed coalition government between PSOE and Unidas Podemos could allow a significant change in the acquisition of the Spanish nationality. Indeed, the new government’s program of agreement includes a measure to recognize Spanish nationality for people whose parents are Spanish but born abroad. The idea is to offer the possibility to any Spanish descendant, son/daughter or grandson/granddaughter, in the case that one of their relatives was born abroad. Even if the proposal still raises issues, the original text states: “the Spanish nationality will be recognized to any person who has Spanish parents born abroad at any time. These descendants could choose the Spanish nationality even if their mother, their father, their grandmother or their grandfather acquired the nationality of the home country. Moreover, there are special cases, such as those who have lost their nationality in exile because of the civil war and the dictatorship, that will be recognized so as to settle this historic debt”.

The law text is very interesting because many Spanish descendants could take advantage of this: for example, those who live in France are concerned but don’t have to manage visas, while those who live outside the European Union are concerned with visa problems that often prevent them from settling in Spain. Only in Cuba, it is estimated that 150,000 people are entitled to citizenship because of their Spanish ancestry.

The text is very similar to the famous “Ley de Nietos y Bisnietos” which has been presented to the Congress but the Assembly was dissolved for new elections.

If adopted, the new text would have to deal with a large number of issues such as the human and material resources needed to be deployed while the administration in charge of citizenship applications is already paralyzed by the numerous files. 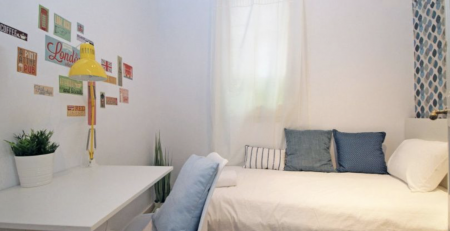